I lived much of my professional career in the United Kingdom and made many friends there. One of them, who I name Martin in this post to protect his identity, became seriously ill with COVID early in November of 2020. This is his account via Whatsapp of what it is like to be inside a COVID intensive care unit. My hope is that when you read this you will be moved and act differently, if you are not already doing so, to protect others and yourself during this pandemic.

Martin is the kind of friend who you may not see more than once or twice a year – but when you do it’s like you just met yesterday. I met him on a vocational video production training course in the late 80-ties in Pimlico, London, we worked on a number of industrial AV productions, got pretty drunk a couple of times, and survived a pub-brawl or two. He saw me getting married and divorced, graduate from film school, he visited me abroad when I was working in Spain. We stayed in touch throughout the years.

I had not heard from Martin since July and I knew that it was serious if he texted me like this out of the blue. My first instinct was to tell him to come to the Netherlands, where I live. A silly idea that one might have for a friend in trouble in current circumstances.

The next two weeks we chatted daily, as much as possible, about the stupidity of Brexit, joking about Boris ‘BoJo’ Johnson, hate monger Nigel Farage, his idiotic new anti-covid lockdown crusade, and the dangers of a 2nd term for racist-president Trump. A big sigh of relief for both of us when Biden won.

Things did not improve for Martin and within a few days he ended up on the COVID ward. 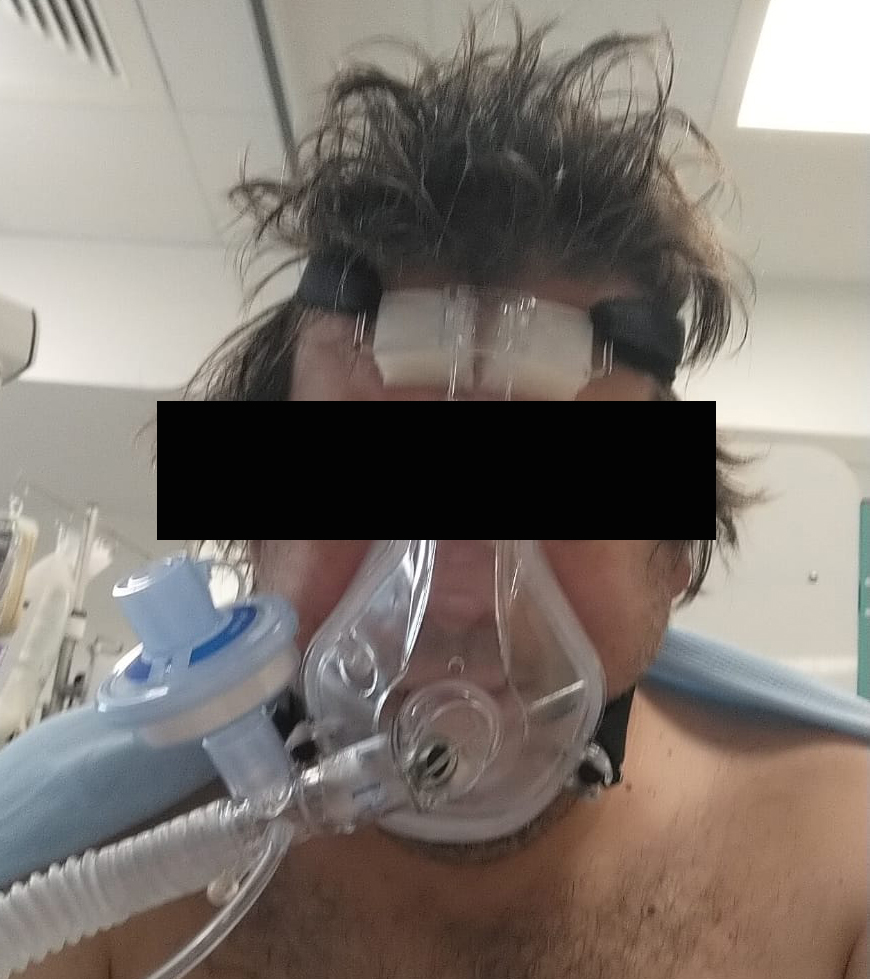 Even then we were still joking about his haircut or intensive care.

But the universe has its own way to give you a reality check. 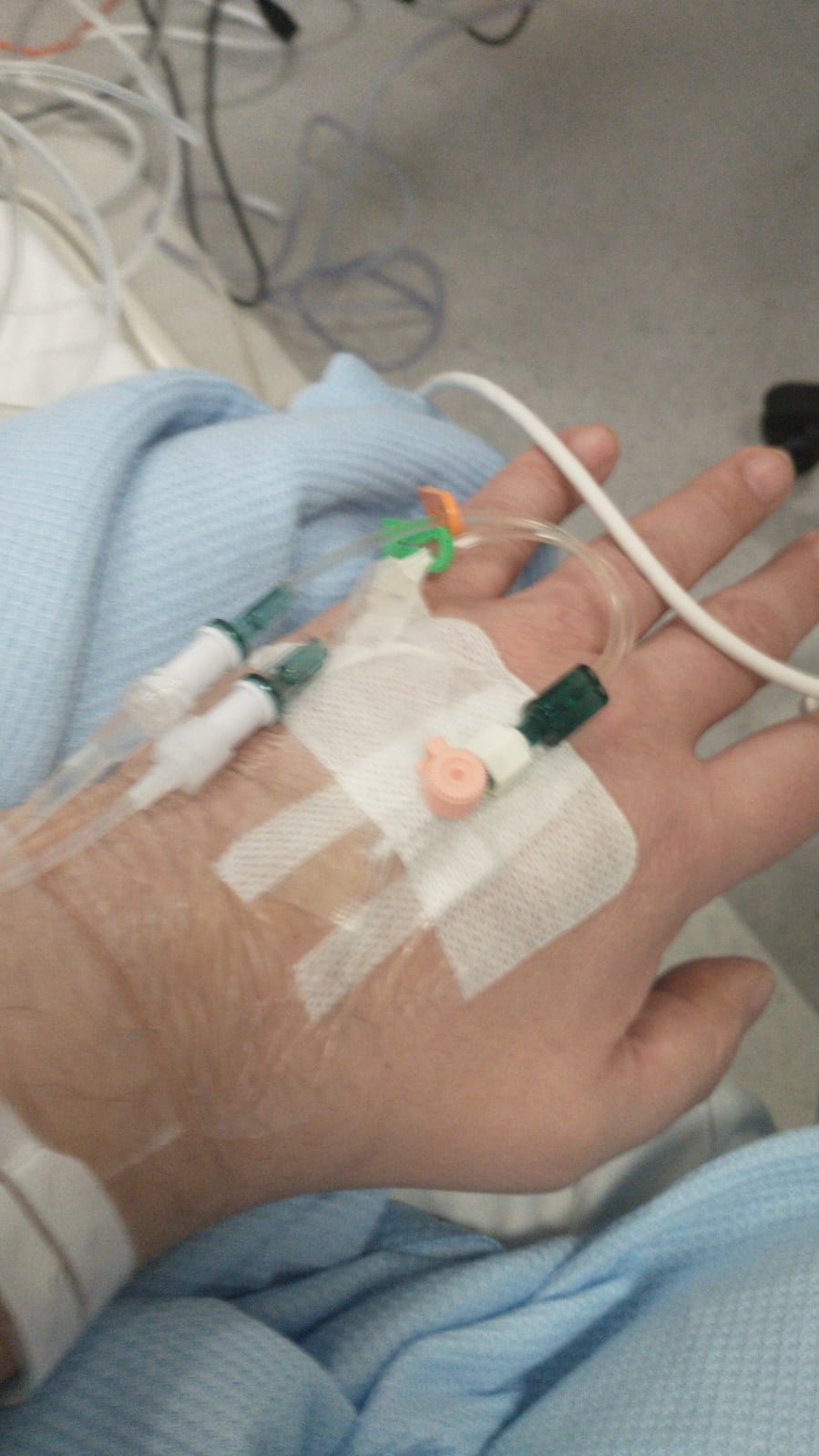 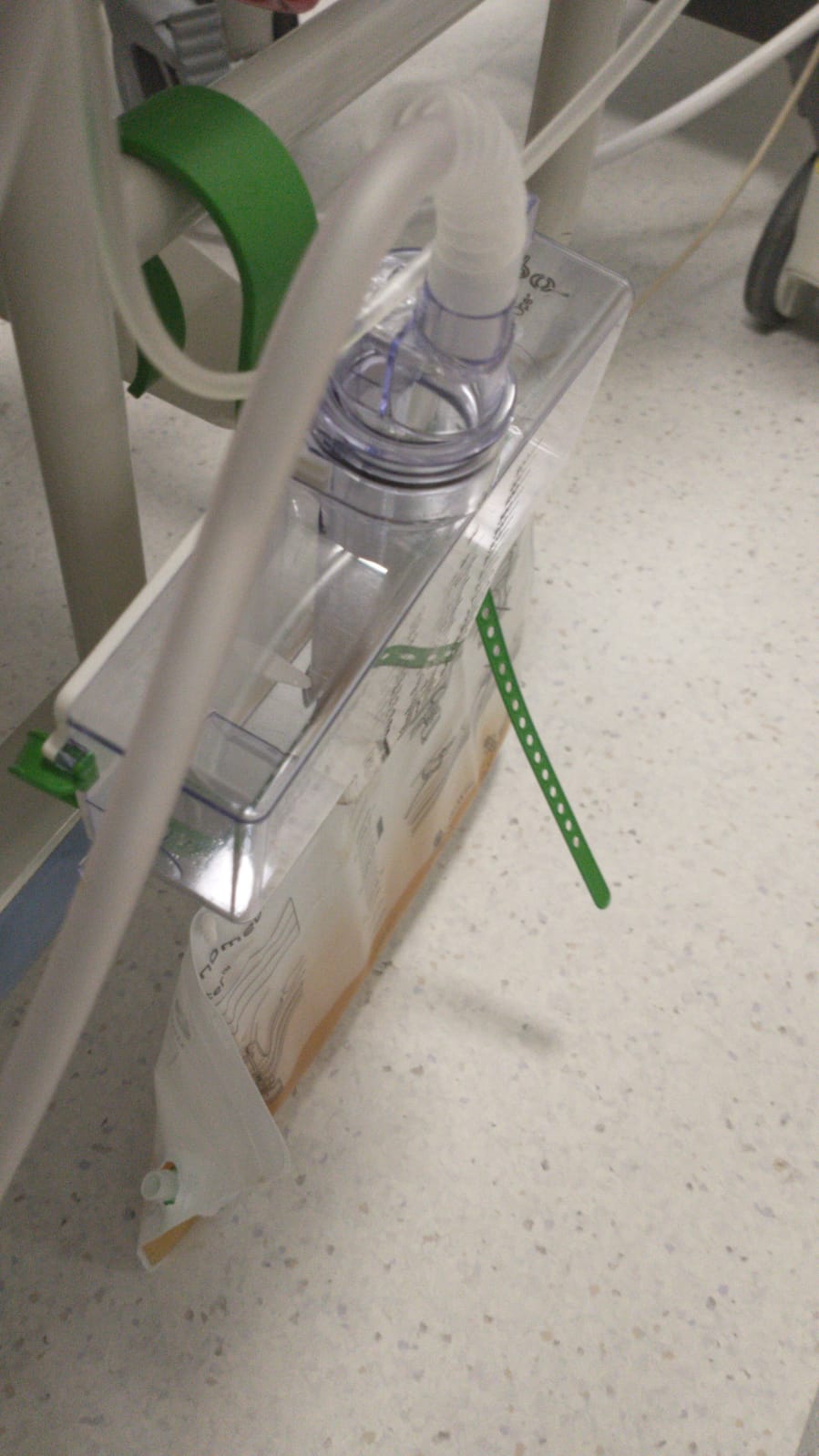 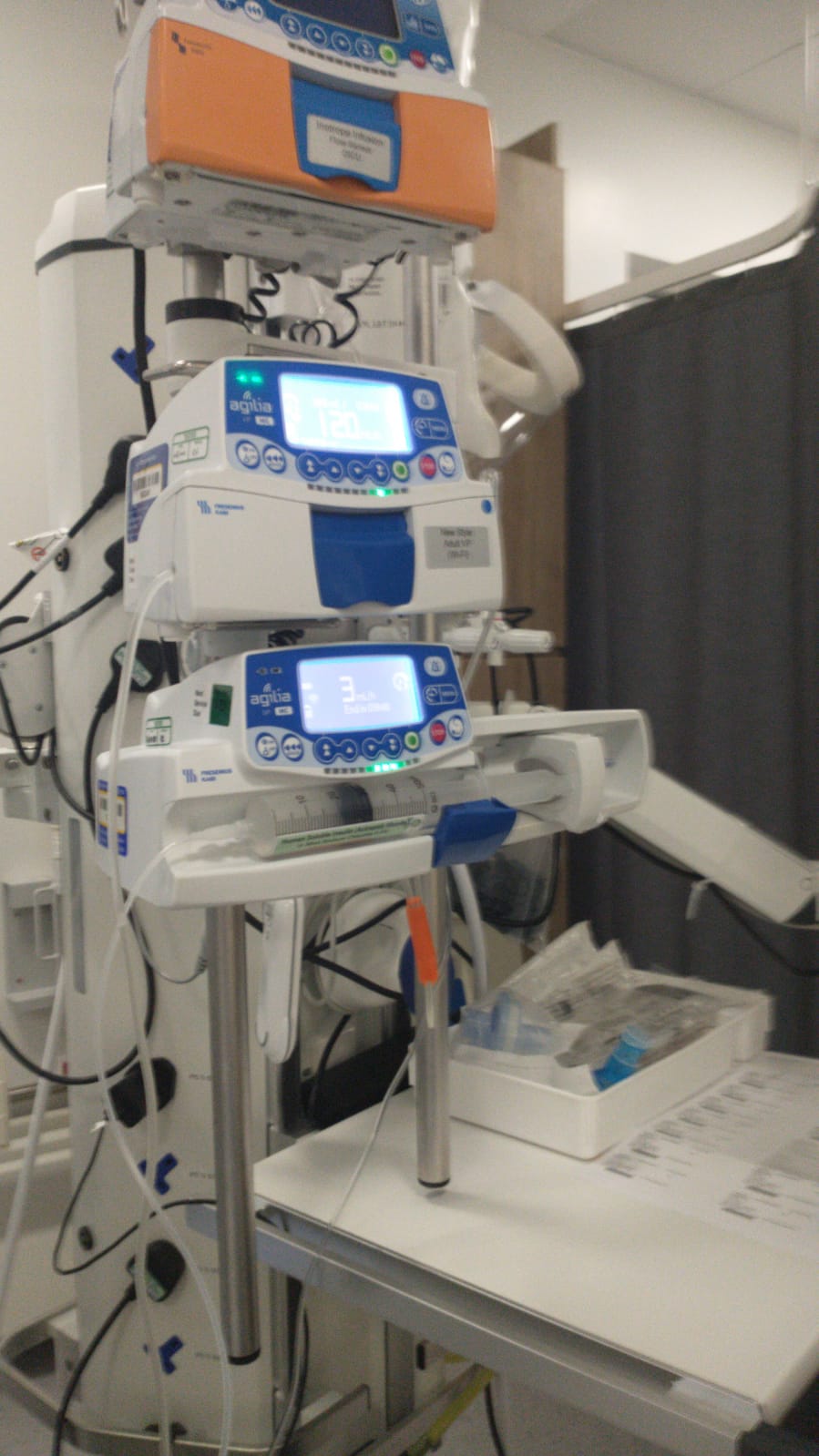 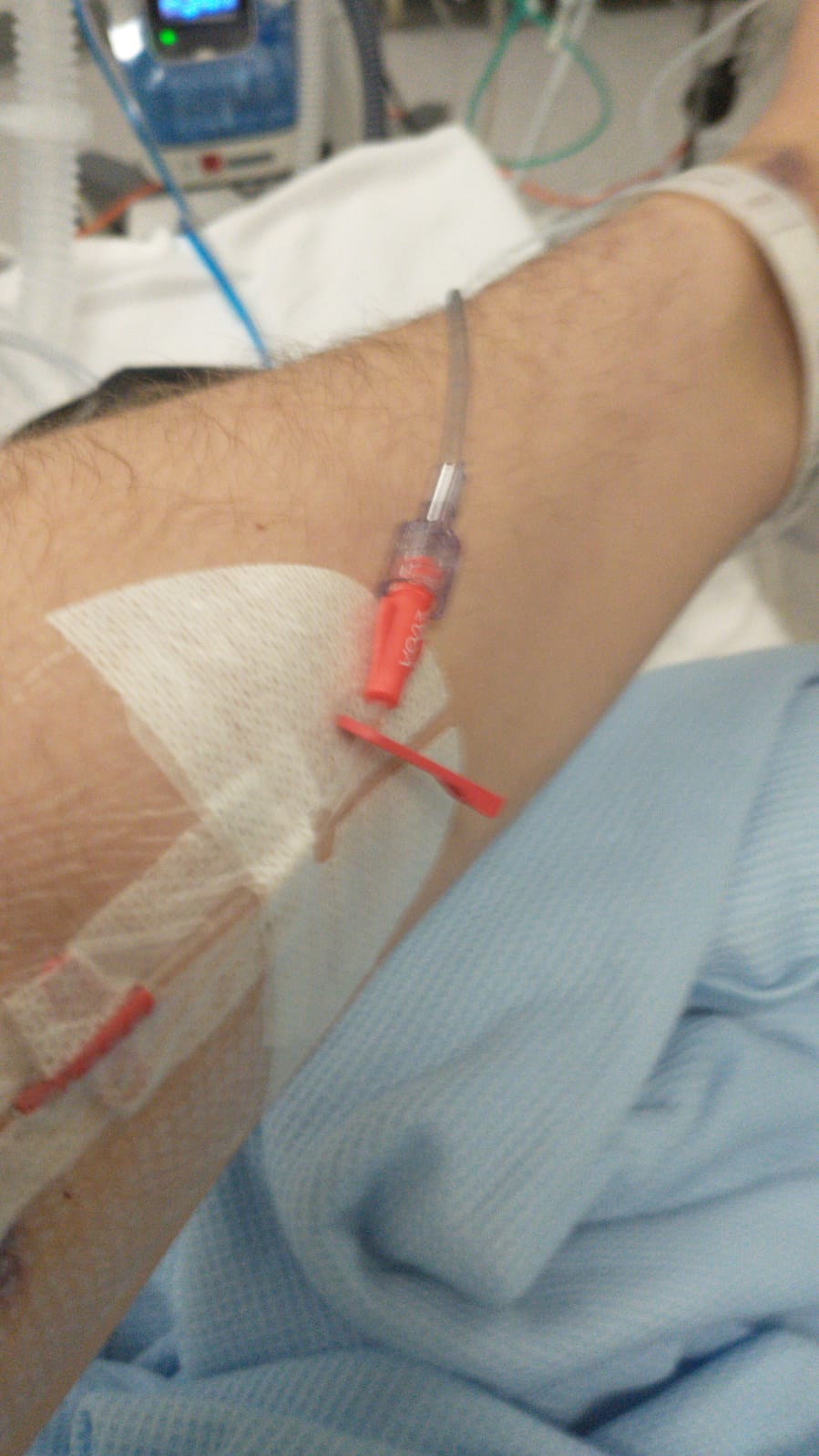 And still we were joking about what was going on:

I was getting worried about him. I knew that this is serious. Which made it more difficult for me to face colleagues and friends who either did not take this seriously at all, even dismissing the whole pandemic as nonsense. I am not angry at this group of people. They chose to ignore reality, and no matter what I would say it means nothing to them.

What began to bother me more are people around me who acknowledge the pandemic, who understand how dangerous this is, but ignore government guidelines because they are workaholics or crave real-world social contacts so much that they simply cannot resist.

In the Netherlands, and throughout Europe, governments have tightened up measures to prevent the spread of this virus. One of the most important measures issued by the Dutch RIVM institute is to ‘stay home unless impossible’.

I find it astonishing what people consider to be ‘impossible’ just so they can go to their workplace and visit friends and family, celebrate Thanksgiving or birthdays.

While I was observing the behaviour of people around me things continued on a downward trend for Martin. His messages got shorter and shorter. I tried to keep him in good spirits with a couple of jokes. 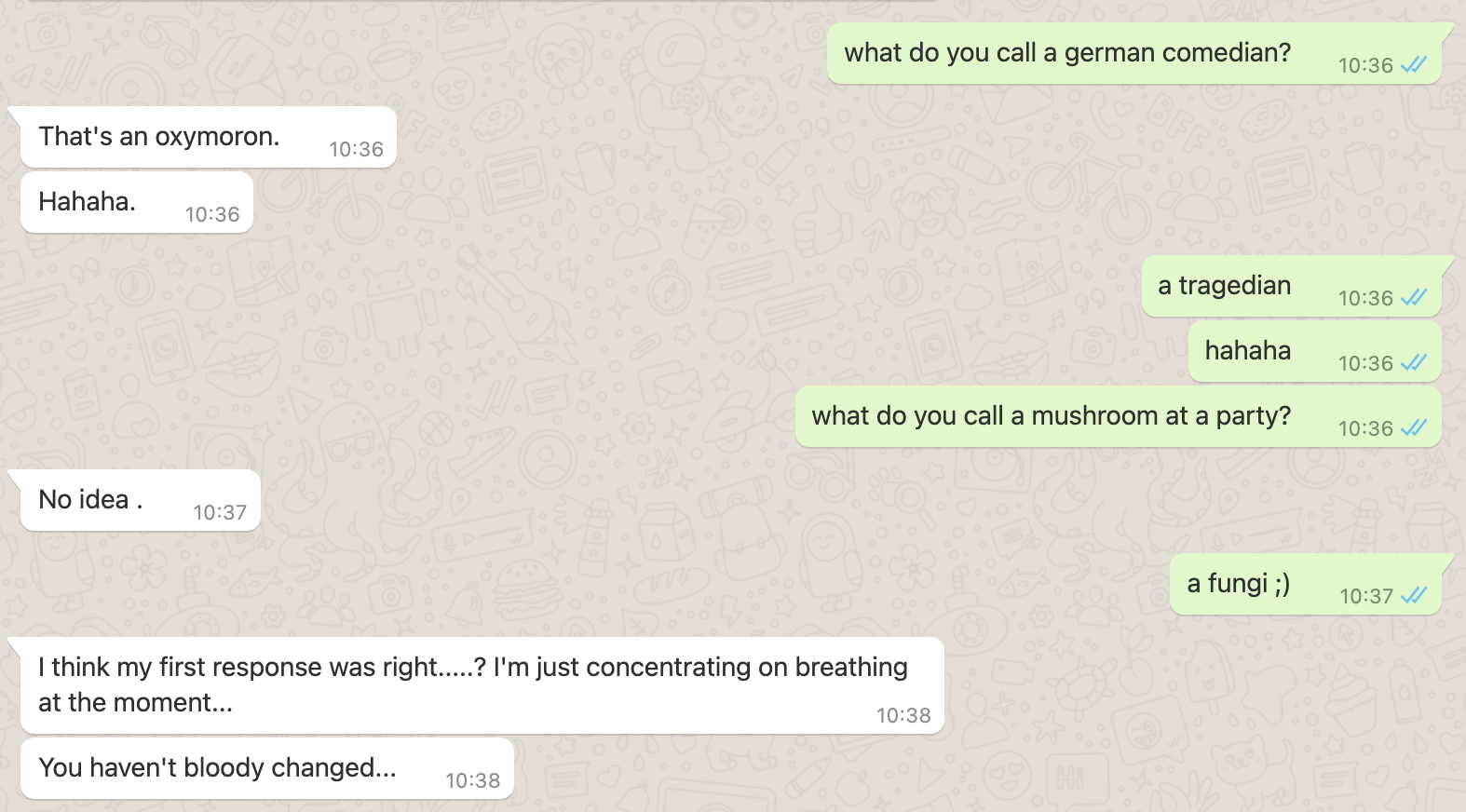 But things just continued for the worse

And then the news came that he might be ‘put under’:

His last message before being ‘put under’ is full of hope that his lungs are stabilising:

Martin gave me the number of his mum, and when I did not hear from him, I called her to find out more. I was worried that it was already over for Martin. His mum speaking was close to tears when we spoke. She was told by ICU staff that she might have to come in, which is not a good sign. Thankfully as I am writing this I have not had bad news from his mum.

While all this is going on I continue working from home. There are a few occasions when I have to go to school to teach the impossible: practical production workshops. There is no way I can do this from home.

When I discuss this situation with colleagues, friends and family I am trying to understand why they cannot or refuse to the seriousness of all this. Would they continue to go to the office and work there if it is not really necessary if someone close to them was in ICU? Do they hope to maintain a little bit of the ‘old normal’ by pretending that social distancing, staying at home and hand hygiene are not necessary?

Some arguments are difficult to digest, like, ‘it is my freedom to interpret these rules the way I want and I think going to work is ok even if it is not necessary’. The fact is that doing so is putting others and yourself at risk. Is that worth the risk? It also creates peer pressure on colleagues who want to follow government guidelines but are being told that they are ‘too cautious’.

Another argument I hear is ‘there are many other factors that matter, for example maintaining social contacts with parents, children, friends, and family’. That is definitely true. Who doesn’t want to visit their parents? But would you say the same if because of you your father or mother end up in ICU like Martin? How would you look back at visiting your dad who as a result of your visit ends up in a coma on a ventilator for two weeks or worse?

I see people around me reacting in so many different ways to this pandemic, all of us are frightened. But pretending that this pandemic will somehow go away by going to work as if everything is normal will not solve the problems we are facing on a global scale. The old normal is gone. It was killing us. Literally. And if we do not change our ways, we won’t be around much longer as a species. The science is pretty clear on that.

In a way, we need to be thankful COVID happened. COVID highlights our weaknesses as human beings. Logic is not the norm in our behaviour which is guided by fear and love and likes and dislikes. I know it is not logical to go to work when it is not necessary, but it makes us feel better because we can pretend to live in the old normal. COVID also shows us how fragile our way of life is. Supply chains, health care, travel – all that breaks down quickly in a pandemic like this.

COVID also brought us closer together. I speak more often to my friends and family via social media. I learned how to prioritise what really matters to me. Human life matters to me. My friends, family and colleagues matter to me. And all the people in the world that I do not know also matter to me because we are all connected with each other one way or another. And that gives me hope. Just as I hope that people will eventually stop pretending that the old normal will come back. 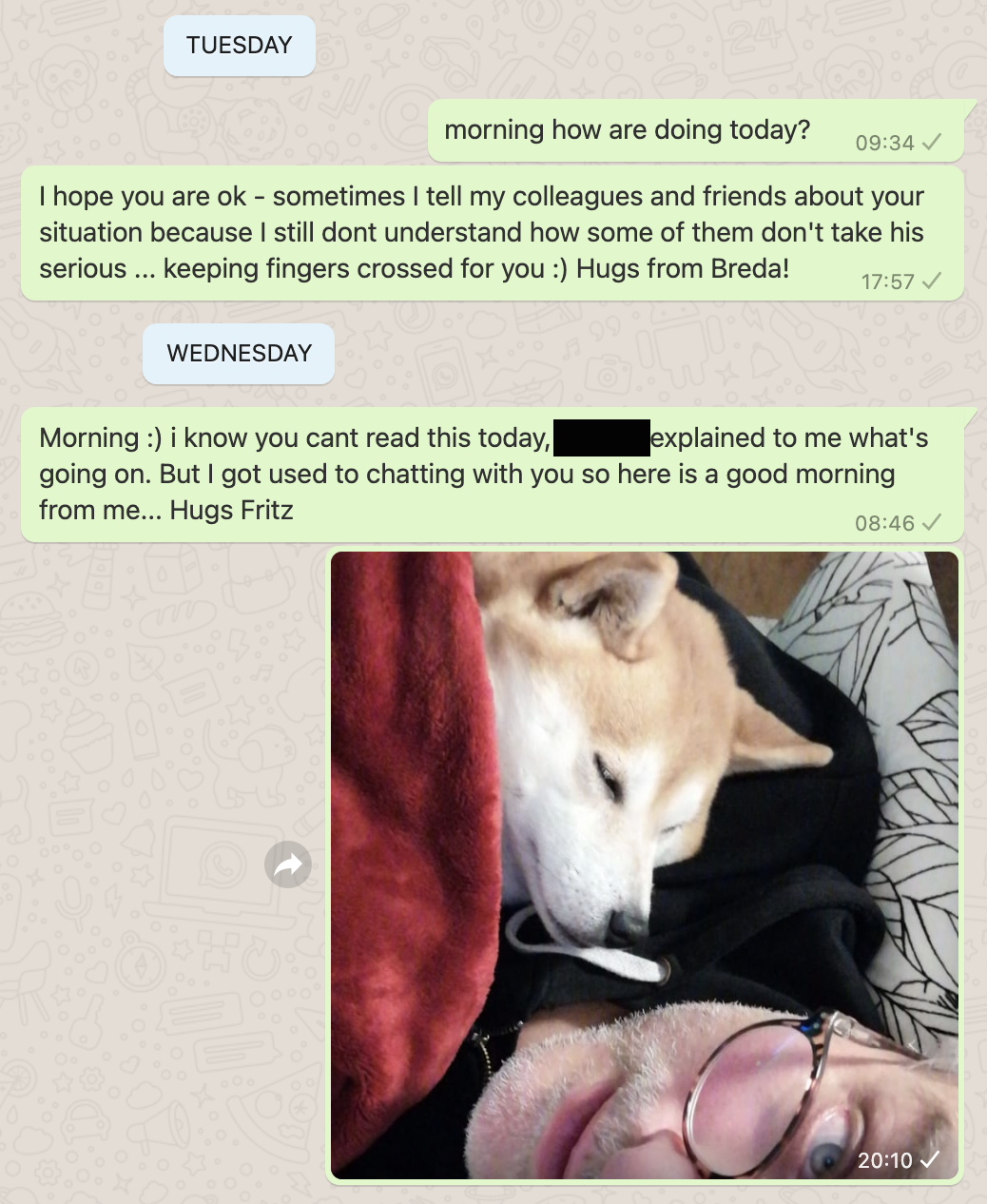 Martin is stable and on a ventilator to assist his breathing. There is a long way to go but things are heading in the right direction.

Unfortunately he had a bit of a wobble on Sunday and they had to turn his oxygen back up 100%. Luckily they have been able to stabilise him, but also gave him more sedation. Today they reduced his oxygen, which is now back at 55%.

They are talking about a possible tracheotomy to make it easier to treat him and also which would help when waking him up. The doctor said his physiology is against him (meaning his size), but as he is now stable they haven’t stopped talking about moving towards waking him up.

The family don’t really understand as it all it’s a bit like a dotted line, and they are feeling they are getting not the joined up version of the line – but that is probably because there is no definitive course or timeline. They have no idea how long until the doctors try to wake Martin, as the doctor said some it’s a matter of a couple weeks in some cases, and in others it can be 100 days.

So no answers really, and it looks back to taking each day as it comes. His Mum and brother did a video chat at lunchtime and he seemed responsive to them talking but he’s on more drugs so not sure what he can hear – whether he can actually hear or he’s hallucinating. Martin’s Mum keeps passing on all your messages and telling him what’s going on.

I think they sang Happy Birthday to him today! The night doctor bought him a ‘Happy 50th’ banner to put in his room – that’s all I know for today – sorry it’s not better or clearer news.”

“The doctors were talking about doing a tracheotomy the following day (today) to make Martin more comfortable. When they reduced the sedation they find him responsive. The tracheotomy will help to reduce the sedation. It will also help him , in a more responsive state, to do more physio, as his muscles are currently wasting away.

However, here is the more serious news – his lungs will need a long time to heal and improve. He will need oxygen for quite some time. This is not from Covid any longer, but the damage it caused his lungs. There is no way to know what is next as different people recover with different timescales.

The doctors only say that Martin will need ventilation for quite some time. It’s still positive news and he’s still on a recovery path but there are still no guarantees…

Today: He had the tracheotomy an hour or two ago. It went well and he is stable.”

“Today, the news is again more hopeful. The sedation appears to be decreased. On the video link, Martin could hear the family voices. They think it is the first time he could properly hear them – words etc.

They have been clearing the flame from his chest through the tracheotomy. Apparently, he has not lost his sense of humour, as he rolled his eyes at something his family said as a joke. They were relieved about that.

Apparently, he is fed up with all the tubes, although they did not say how he communicated that. They also told him about you and how his friends have gathered and are supporting him from near and far. Thank you!

They are starting to feel more belief that he will make a full, albeit very slow recovery from this. He has control of his head movements. He is able to wave, and he is trying to move his head.”

Good news: Martin is out of his coma. Last week he left ICU and he is now in the recovery ward. He is over the worst, though recovery will months. It was tricky talking to him via Whatsapp before they removed the tubes of his tracheotomy.